What OpenTechSchool brought to Dortmund

What OpenTechSchool brought to Dortmund

When I heard about OpenTechSchool the first time , I was very curious. What would this be all about?

Nerdy Dortmund back in the Days

You’ve to know, that I live in Dortmund ever since I can remember. Dortmund is a relatively large city, in middle of the German Ruhr-Area. Back then we were very famous for our football team, beer and the steel industry. Not exactly the best place to grow up in when you are out for computer science. To be honest you rarely had the chance to bounce into a fellow computer nerd at this time. Not even at “hotspots” where public internet access was available. 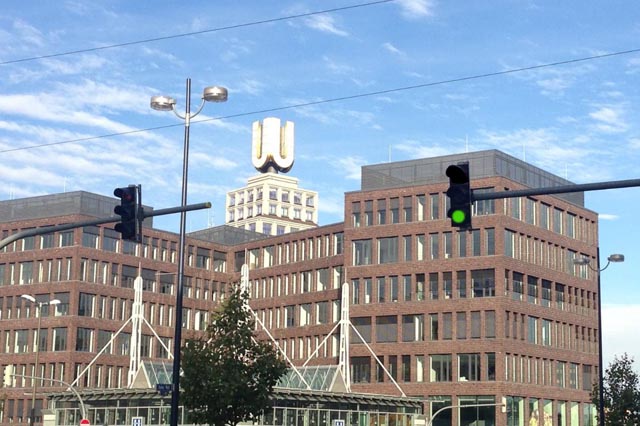 So the only chance, to interact with people sharing a similar interest, was to participate in online forums. We regularly founded coder groups, communities and projects. We unsuccessfully tried to translate RFC Documents into local language and successfully wrote horrible tutorials and much more horrible pieces of software. We did build friendships, lurked on IRC and helped each other out a lot. In short: we had a really great time!

Over the years I initialized and joined lots of groups and projects. But I always missed some really important aspects. Especially the personal “face-to-face” contact. Mentoring would have been great at some points, too. So I started attending local user groups but this wasn’t very satisfying because most of the time they just had some beers and chatter in a local pub. Not exactly what I was looking for at this time. After that, I discovered hackspaces. That was way better but still very low frequented by passionate software developers. But because this was the closest thing, as would get to my imagination of an active and tech oriented community as a would get, I decided to stay here for a while.

At some point I nearly lost faith in founding a nice local development oriented community. Dortmund for sure, had a lot awesome developers to offer. But why haven’t they found each other yet? We have amazing computer science universities over here. As well as a very promising design college. But it just seemed nearly impossible to motivate the people to come over and join a regular event. Everybody was still at home, on their own, doing stuff. And every attempt to have some joined events, with some of the usergroups or neighbouring hackspaces in nearby towns was doomed to fail. Very pity!

This is why I was very curious, when I heard about OpenTechSchool for the first time. I already knew how hard and unthankful it can be, to try to start such a regular event in Dortmund. Me myself tried to build some local and real-life communities, related to computer programming, and failed due to a the lack of local participation. Our events usually started out well, but slowly ended somewhere with about 5 to 7 regular visiting people. 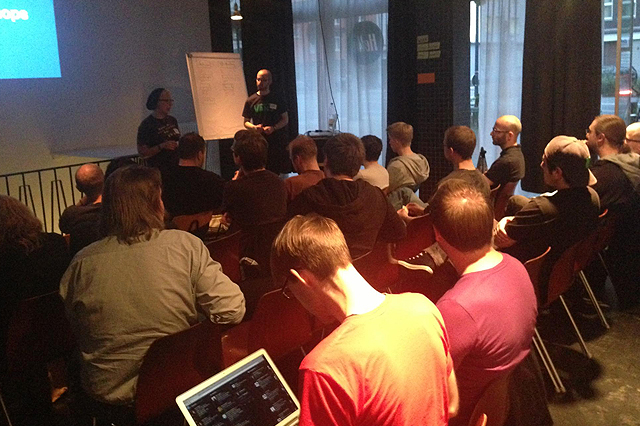 When I entered the Kick-Off event, I barely knew what OpenTechSchool was about. I never heared about the movement itself, about where it started or about how many chapters already existed. All I knew was, that I was curious and interested in the group, who wanted to start something similar to what I was trying to build up the the last 5 years. So when I entered the Kick-Off there I was quite amazed to see that many people in the room, interested to build and participate into such an event. You have to keep in mind, that this isn’t any major city meetup like Berlin or Hamburg. This was so great!

Most of all there haven’t been just people from Dortmund itself. We had visitors from surrounding cities. Between a reach of 30 to 100 kilometers. Even from the bordering Netherlands, we had Niels who held a Node.js Workshop for us, some months later.

This was definitely the point when I decided that I want to participate into building the OpenTechSchool chapter up with this people. As I said, I searched for something like this, for years.

Since then a lot good things took place, initiated and lead by OpenTechSchool Dortmund. Since October 2013, we organized 3 workshops. One workshop in collaboration with the local university. In four days, we taught thirteen girls, between the age of 12 and 15, to build Android applications. Therefore we translated some original MIT AppInventor tutorials into German language and coached the girls, so that after two days, they were able to start developing their own applications. I’ve seldom seen such an impressed audience, like the time when the girls presented their results to parents and university staff. 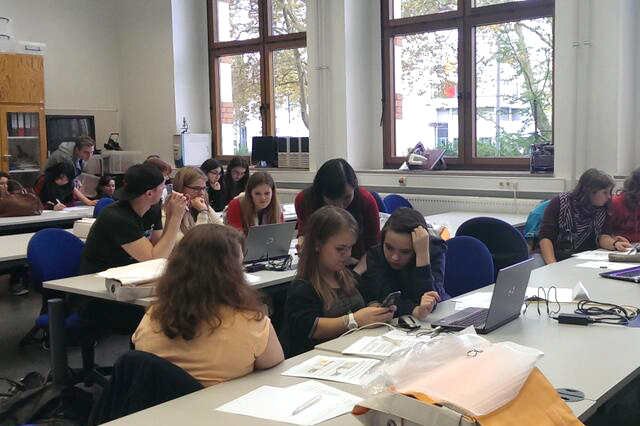 This was just a few weeks after the jsFAB Workshop, the very first workshop. We wrote about that here, earlier.. A month ago, in January 2014, we had a very special coach, leading a workshop on Node.js. Niels Doorn from Enschede/Netherlands was so amazed of our chapter’s work and the OpenTechSchool philosophy in general that he decided to come over to Germany for a weekend and teach a day of Node.js. 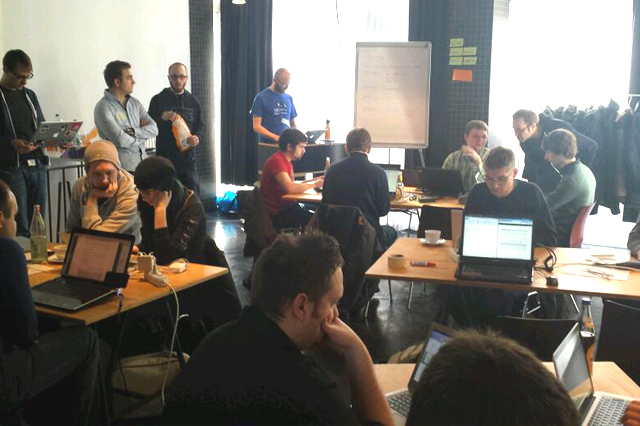 We can tell by our regular learner’s meetups, that we build up a local community of regular attendees. Since october we organized about four meetups for mature learner’s and one for the juniors. Especially for the regular learner’s meetup we were lucky enough to acquire very interesting talks and presentations. From Angular over Docker to MongoDB. And at every learner’s meetup we have a lot of fun afterwards at a local pub, chatting about tech or just making new friends. People present their pet projects and share interesting insights of several technologies, they were using during their projects. 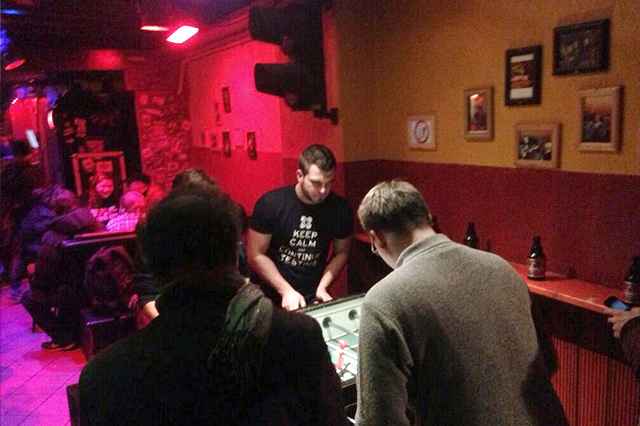 I am not quite sure if this would have been possible in Dortmund, without a well known and well organized community like OpenTechSchool is. Many people I talked to, have heard about the OpenTechSchool in the first case and then just searched for a chapter near to their location. In their cases the Dortmund chapter. This is why we also have such a wide reach. Bochum, Essen, Cologne, Kleve, Duesseldorf, Bielefeld and even Enschede! The people of Dortmund’s neighbouring cities usually don’t search for events outside their cities. Even when the borders of the Ruhr-Area cities are very very close to each other, traveling to another city’s event sadly seems to be a seldom practice. This time, thanks to OTS it is a lot different. The people come over because they are curious to learn and to interact with others of their kind. They make awesome experiences and befriend each other. Build something up. So that in the end, they recognize, that it is worth the just 15 minute travel.

I am very happy to have an OpenTechSchool over here and I am curious again. But this time I am more curious about the upcoming year. Because I know that we did build some really great community, with very inspiring and kind people who strongly believe in the principles and philosophy of open source and sharing knowledge. I know now, that it is possible to go further. Doing more workshops and teach more people how to code or how to improve their personal skill levels. All just while having a good time with other people, who share the same interest than me.

We as organizers, surely still have a lot to learn and work on ourselves. But I like that and I am sure, we will work some good ways out.

Today, I helped coaching twelve year olds HTML/CSS again and we all had lots of fun. I am glad that I decided to support OpenTechSchool in Dortmund. Especially for all the people I met since than. Next Wednesday we will host our fifth monthly Learner’s Meetup and feel very proud about that. Perhabs we will meet there, too?

Dennis is living in Dortmund, Germany. When he is not working on a freelance software developer, he co-organizes the OpenTechSchool Dortmund, does some open source and speaks at conferences.