Dortmund is one of the new outposts of the OpenTechSchool. On the 12th and 13th of October we have premiered with our first workshop!

We started with JavaScript for absolute beginners (#jsfab) to teach people Javascript, and 21 learners quickly volunteered themselves to join us. For this workshop we had nine coaches (Dennis, Georg, Hendrik, Lars, Leif, Mark, Mathias, Ola and me) to support the learners during their exercises. The location had been graciously offered by the Ständige Vertretung, a co-working space, free of charge. 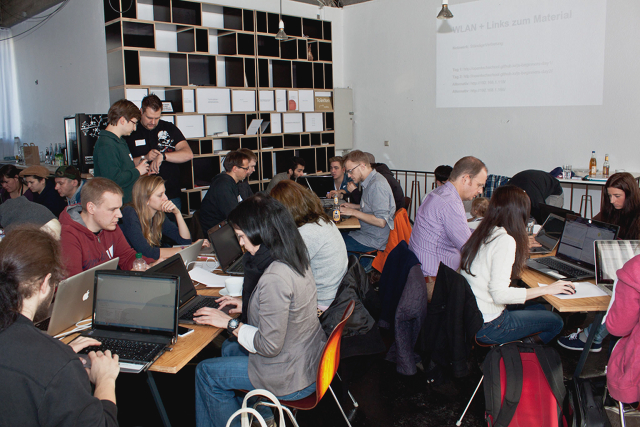 The learners came from many different backgrounds - some had already been programming in other languages, while others were totally new to programming. With a range of roughly 20 to 45 years, there was also a wide spread regarding age. It was great to see that we had a practically even ratio females to males.

Over two days they were introduced to the basics of programming, like variables, types, operators, functions, control structures and loops. With those tools and provided with simplified APIs they did some graphical rendering of animated html elements. The first smilies appeared very fast, not only on screens but also on people’s faces. 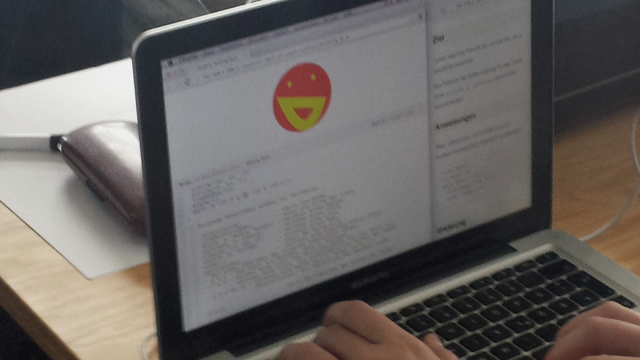 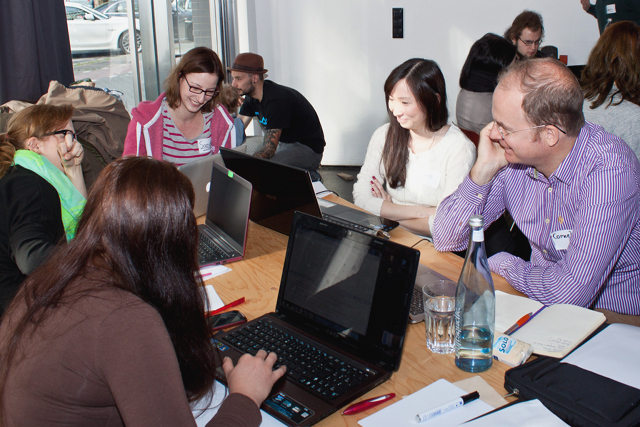 On the first day before lunch, Jan Lehnardt showed up to engage everyone towards getting into programming and into the OpenTechSchool community.

During the rest of the day the first self-rendered graphs appeared. Attendees came up with quite creative approaches to many of the problems that they faced. For example, some were rendering helper lines to each point of a graph to visually debug their code.

On the Saturday evening most participants met together again at a local pub for some socializing, so that Sunday started a little bit slower and with some tired faces. Fortunately that didn’t stop them from forging ahead the second day. At the end of the day people became exhausted from the effort put into the course, so we started a small feedback session. The consensus of the learners was that everyone was happy with their achievements and would be willing to come back next time, and all coaches had a lot of fun and were proud of the attendees. The course material had been very entertaining and engaging for all.

In a preliminary discussion we feared that with so many people in a small room, the noise would become too high for a good learning environment. Luckily, we were pleasantly surprised that this wasn’t the case, and everyone was focused on the gorgeous course material.

Looking at these positive experiences we will definitely keep on moving forward with the OpenTechSchool in Dortmund!

Tobi is a software developer living in Dortmund, Germany. At OpenTechSchool he tries to help where possible and applicable. Working on PHP and JavasScript for food and fun.