This was the 3rd workshop in our Python series at OTS Berlin. In it we expanded our Python knowledge with a look at Django, the popular open-source Python framework for developing websites. 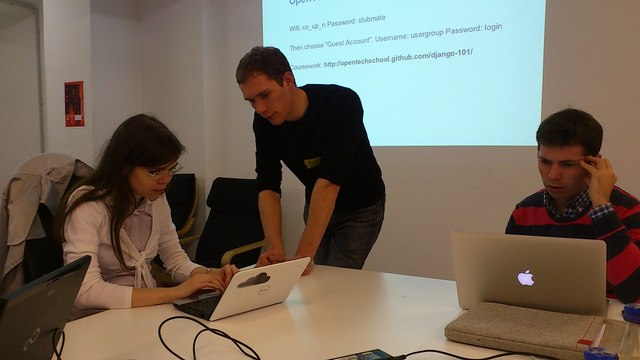 Things started getting a little more formal, with students starting to develop in a more developer friendly Python environment. For starters, we introduced the pip tool, which in combination with virtualenv and virtualenvwrapper allows developers to have multiple self-contained installations of Python on a single computer. 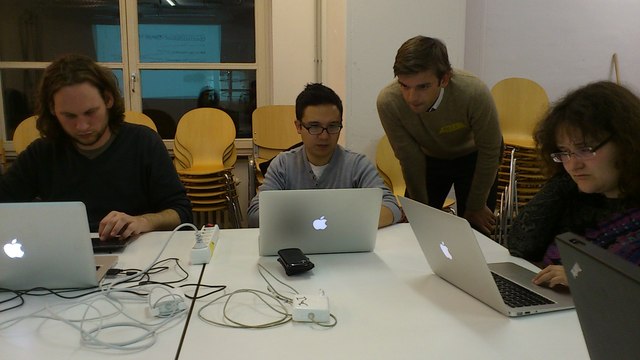 Django describes itself as “The Web framework for perfectionists (with deadlines).” It was one of a new wave of open source web frameworks released in 2005 (the other being Ruby on Rails). With a single installation Django enables Python developers to create and manage many websites without much code.

It really is a Swiss-army chainsaw of web development, with some very large sites such as Coursera using it. It’s certainly large enough that we could only provide a taste of what’s on offer, and we hope that our students enjoyed learning the ins-and-outs of starting with Django.

OpenTechSchool would like to thank everyone for coming along: the beginners and coaches and organisers and everybody else. A special big thank you to Co.Up for hosting us in their event space. If you want to keep in touch then you can follow OpenTechSchool on Twitter or Facebook and join us in our Meetup group. We look forward to seeing you next time!

is a freelance Software Developer in Melbourne, Australia. After working with the Berlin OTS-Team and developing the great Social-Coding with Github-Workshop, he is now back in Australia to set up OTS there.